John Makes the Most of His Second Chance 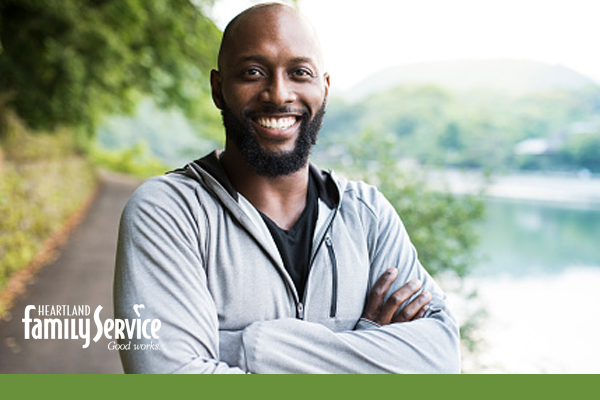 After John turned 15, his parents told him he was old enough to take care of himself and forced him to leave their Omaha home. Alone and with nowhere to go, he started sleeping in alleys and abandoned buildings since he could not afford an apartment or home of his own.

“I had no idea what to do,” John says. “I basically started living in survival mode because I didn’t know I had any other options.”

John started down a dangerous path at the age of 17 when he made friends with two other teenage boys who were in a gang. They convinced him to join and lured him into a sense of false hope with the promise of having a new “family,” since he could no longer turn to his own for help.

Members of his gang used and dealt methamphetamine daily, which exacerbated his addiction. John found himself in and out of trouble with the law for drug possession and distribution, and he continued this lifestyle until he was 30 years old.

“I thought this was the way I was supposed to live,” John remembers. “I must have been arrested nearly a dozen times.”

Eventually, he realized that he had to turn his life around and managed to escape from the gang he had been a member of for more than a decade. John left Omaha and went to Council Bluffs so he could not be found, but he still had no job and nowhere to live. He felt his only option was to go back to living on the streets, which he did for the next two years.

One night, desperate for money, John robbed a convenience store at gunpoint while he was high on methamphetamine. He grabbed a handful of cash and ran out the door, but Council Bluffs police soon caught up with John and arrested him. He went to jail for armed robbery and drug possession.

John spent four months there while he awaited trial, which was the longest amount of time he had been sober since he was 12 years old. Instead of giving him prison time, the judge referred him to the Heartland Family Service Heartland Bridges program.

The caring and compassionate staff at Heartland Bridges met with John to determine the best plan to meet his housing and substance abuse treatment needs. He moved into the Heartland Bridges facility one month later.

“I couldn’t believe I got a second chance at life,” John says. “The staff at Heartland Family Service helped me turn my life around.”

Once he moved into a safe and supportive environment, John no longer had to worry about how he would survive day-to-day. His case manager at Heartland Bridges helped him address his mental health and substance abuse challenges, and John began attending support groups and individual counseling sessions regularly.

“I never knew there was another path for me, but I see it now,” he states. “I’m making the most of my second chance.”

John was incredibly motivated to make a better life for himself. He started working part-time, enrolled in classes to work towards getting his GED, and got his own apartment in Council Bluffs. He is looking forward to continued success, sobriety, and happiness.