A Letter About Recent News Events From Our CEO 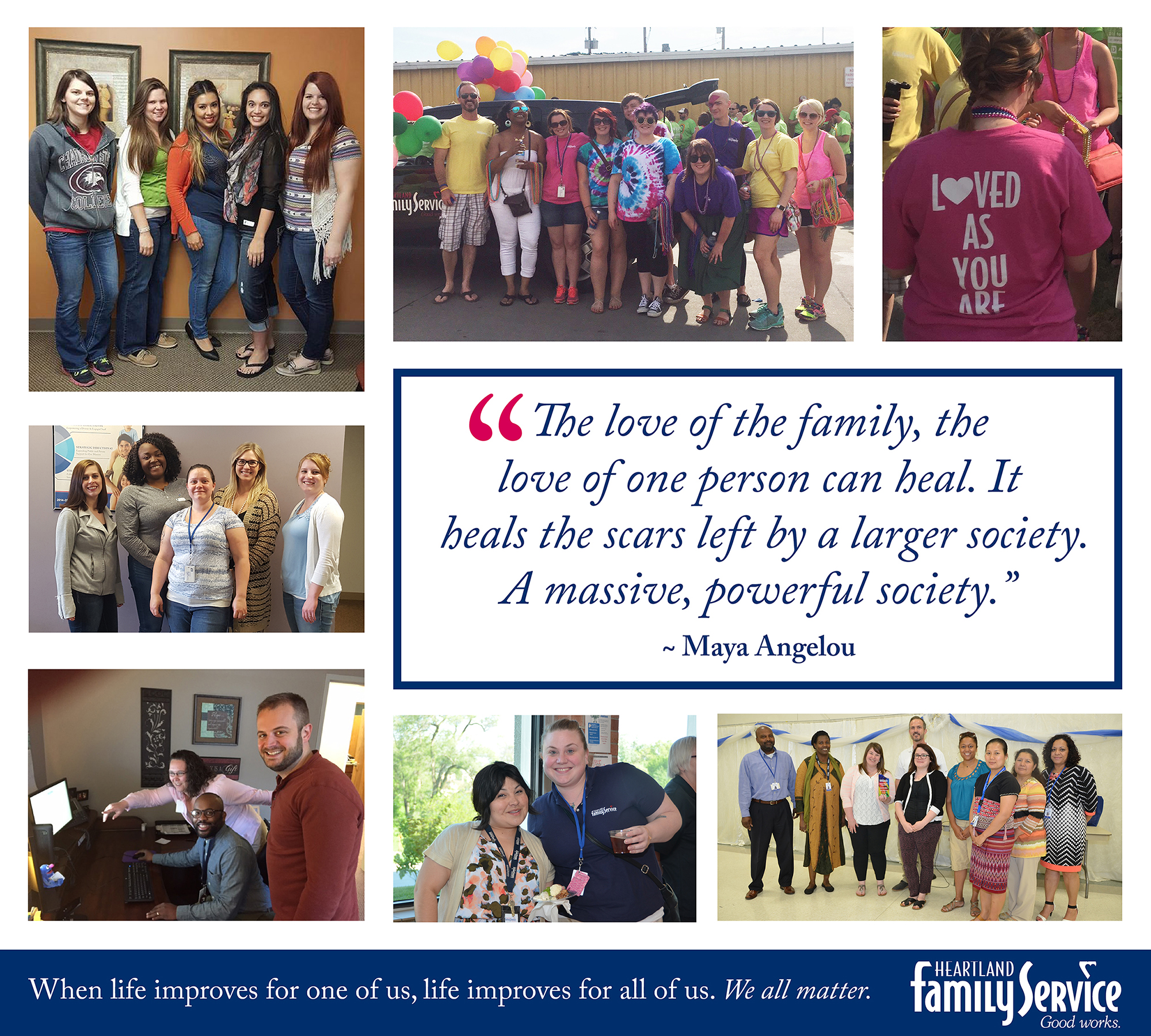 Over the past few days I’ve been processing the recent shootings of Alton Sterling, Philando Castile, and now last night’s tragic shootings and deaths of Dallas police officers, trying to determine the best way to acknowledge these deaths and express support for our employees and clients who are experiencing secondary trauma as a result.  I’m just going to speak carefully from the heart and hope my thoughts provide some comfort and/or new perspectives to consider.

You might not know my daughter is adopted.  And she is African American.  So, raising an African American child gives you a different perspective, perhaps, than most white people as we’ve experienced firsthand the detrimental impact of conscious and unconscious bias as it has impacted our daughter.  As a result, I pay particular attention to issues of discrimination and bias, but the past few days have really overwhelmed me.

It started with the story that the Omaha-World Herald reported about an African American father who was helping his sons practice baseball on a private baseball field in the District 66 area of town.  The family had been members of this private field for four years and the coaches encouraged the children in the league to use the fields to practice whenever games were not scheduled.  On this particular day, a volunteer groundskeeper approached the father and told him he and his children needed to leave because they made him feel uncomfortable.  When word of this situation reached the director of the entity which owns the fields, he apologized and suggested perhaps the father have his sons wear their uniforms when they practice.

The next day, a story broke about an American Red Cross billboard that was designed to remind children about pool safety.  Entitled, “Be Cool at the Pool,” the animated picture showed white, black and brown children having fun in the pool, with some of the children labeled as “cool” for using safe behaviors and other children labeled as “uncool” for using unsafe behaviors.  Only two children were behaving safely and earned the “cool” label – and both were white.

The next day, a story was reported in Atlanta about an African American man who broke into two different homes and raped a 16-year-old girl and an 18-year-old girl while they slept.  He was labeled “a predator” and sentenced to life in prison plus 30 years.  At the same time, a white student at the University of Indiana, who raped two women, was found guilty and received one year of probation.  And this happened after the highly publicized case of the white man who raped an unconscious woman and was found guilty and sentenced to six months of probation.

Now, we have the back-to-back-to-back shootings of Alton Sterling, Philando Castile, and the Dallas police officers, each with very upsetting video footage documenting the incidents.  Naturally, the video documentation doesn’t show everything and thorough investigations are underway.  But many people who have seen this footage are outraged and traumatized, especially African Americans and other people of color who experience micro-aggressions, conscious bias/racism, and unconscious bias on an all-too-regular basis.  There are enormous inequities in our criminal justice system, well documented in the book, The New Jim Crow, that have hit men of color especially hard.  And all of these inequities are built on other historic inequities that continue to accrue disadvantage to people of color.  The history of how our communities became segregated due to public housing mandates, suburban covenants not allowing people of color to purchase homes, discriminatory lending practices, and the G.I. Bill excluding veterans of color after it was initially passed (the G.I. Bill allowed many white people after World War II to purchase homes and move into the middle class), is just one example.  Sadly, most of us don’t know this history.  And the most common history book used in our schools nationwide, The Americans, has one sentence to describe what happened with housing segregation as experienced by African Americans.  It says, “…and African Americans found themselves living in segregated communities.”

I’m sharing all of this information because I believe a more robust knowledge of these issues is critical for understanding how other people we work with and those we serve might be feeling.  I’m also aware some of us might have a different perspective on all of the issues I described above.  We should all feel safe here to have different opinions and perspectives.  I’m only suggesting, as place to start the dialogue, that we simply first try to understand where the feelings of trauma are originating and why, for some, they are particularly intense today.

At the same time, I’m well aware of the fact many of our colleagues, friends and family who work in law enforcement are also reeling from these events.  They see every day how hard so many people in this challenging career field work to keep us safe, people who would never purposely hurt or kill another human being.  They know these people they love and admire literally put their life on the line every day when they put on their uniform and go to work.  And when community support erodes or takes an anti-police position, it creates uncertainty and exacerbates feelings related to safety.  So, it’s important we understand these feelings of trauma as well and why, for some, they are also particularly intense today.

Obviously, these issues are complex and embedded in the organizational structures in which we live.  So, change is extraordinarily difficult.  But I think there are hundreds of organizations across the country like Heartland Family Service who are trying to make positive change.  For example, our Mental Health Crisis Response Team programs have truly helped law enforcement to serve people living with mental illness with much greater effectiveness.  In most cases, we are able to prevent our clients from being handcuffed and taken to an emergency room as was the case previous to starting these programs.  And the training we are providing to law enforcement is giving officers new and effective tools for understanding mental illness and de-escalation.  Perhaps some of what we are learning here can translate to a larger context and help keep both our community and our law enforcement officers safe.

Also similar to organizations throughout the country, the work we are doing to create a trauma-informed culture is also relevant.  Based on emerging brain science and what we know about trauma, we have been moving away from old models that relied on power and control and instead moving to new models that are built on a solid understanding of the dynamics of trauma and its impact on the brain.  Increasingly, we are focusing on the importance of emotional and physical safety and building trusting, empowered relationships to bring about change.  And our work to build a diverse and inclusive workforce – our Culture of Inclusion Council, our employee resource groups, our training, etc., all are trying to make a difference in creating that emotionally and physically safe space that is critical for our success.

Just like our larger community and society, we will never completely agree on these complex topics.  Our differences in opinion are likely linked to our dimensions of diversity and are part of who we celebrate when we build a culture that allows each of us to be our best authentic self.  We want and need more of that – not less.  But we do need to learn how to talk to one another and learn from another.  We need to continue to examine other perspectives and experiences and remain open to accepting painful feedback that highlights an unconscious bias or blind spot.  We don’t always need to agree completely to be supportive, to give an encouraging word or a hug.  Let’s be good to each other.  At Heartland Family Service, we believe that “Good Works.”